Often times we want to display confidence intervals for a proportion/probability (i.e. a percentage between 0% and 100%) in a report or dashboard.

For example, in an eCommerce setting we may want to show exchange rates of products (expressed as $\frac{exchanges}{orders}$) from week to week. However, since we don’t really know the true exchange rate of our customer population at large, each week represents a sample, if you will, drawn from the distribution of exchange rates for our business. Thus, because of the stochastic nature of weekly sales pattern, comparing exchange rates across weeks requires that we take the sample size of each weekly purchase cohort into account.

As a result, exchange rates for weeks with lower overall sales volume have higher implied sampling error than weeks with high purchase volume.

While tools like Python, R or even Excel can help us here, we don’t always have the luxury of computing them using a statistical package like R or scipy, so we’ll also explore an alternative using SQL.

Proportions as a Beta distribution

Empirically, a ratio like exchange rate follows a \(beta\) distribution, which is often used to describe probabilities such as % heads in a coin toss, or % clicked in an online A/B testing scenario. We can think of the exchange rate as the probability of getting an exchange out of all possible tries (sales).

We’ll simulate 100,000 tosses of a fair coin and draw the resulting distribution of values: 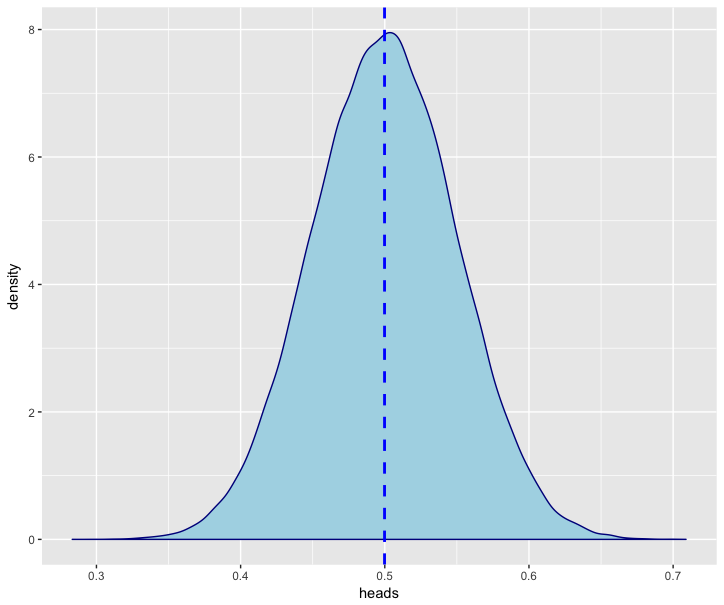 We’ll note that a 50/50 distribtution of coin tosses is centered around 0.50 and looks quite symmetrical, meaning there seems to be an even amount of probability that a fair coin tossed 100 times comes up heads more or less than 50 of the time.

Even without simulation, we can calculate confidence intervals for a \(beta\) distribution quite easily using R or even Excel / Google Sheets:

Here we can use the built-in BETAINV() formula to extract quantiles from a parameterized \(beta\) distribution:

We confirm that those are the same results as we got from our R experiment earlier.

Let’s turn back to the original business problem we presented earlier - how to calculate confidence intervals for something like a weekly exchange rate of orders.

But what about if the only tool at our disposal is good old SQL?

Using the normal approximation, we can express a confidence internal given \(p\) and \(n\) like this:

Given that we have data for exchange rates in tabular form like so: 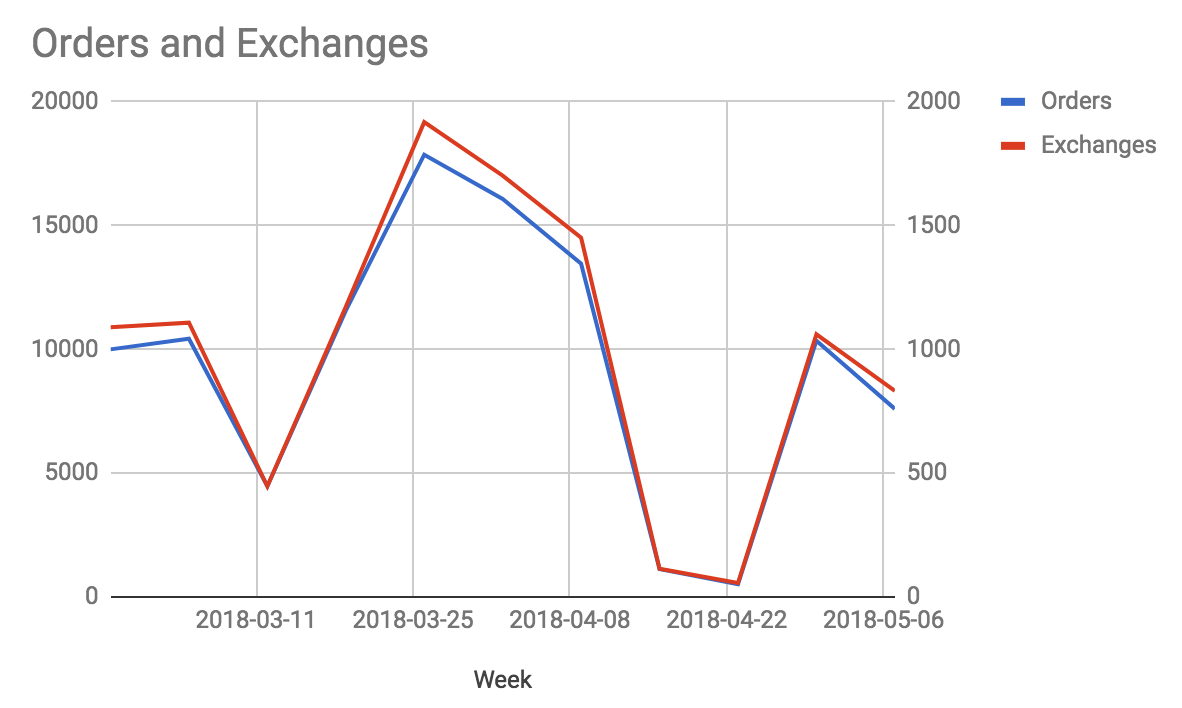 We can then create approximate confidence intervals in SQL as follows:

Plotting this against the exchange rate given by orders and exchanges from above, we can see that the upper and lower bounds of our approximated confidence interval, here plotted as a Bollinger Band, neatly track the upper & lower bounds computed from exact quantiles drawn from the \(beta\) distribution: 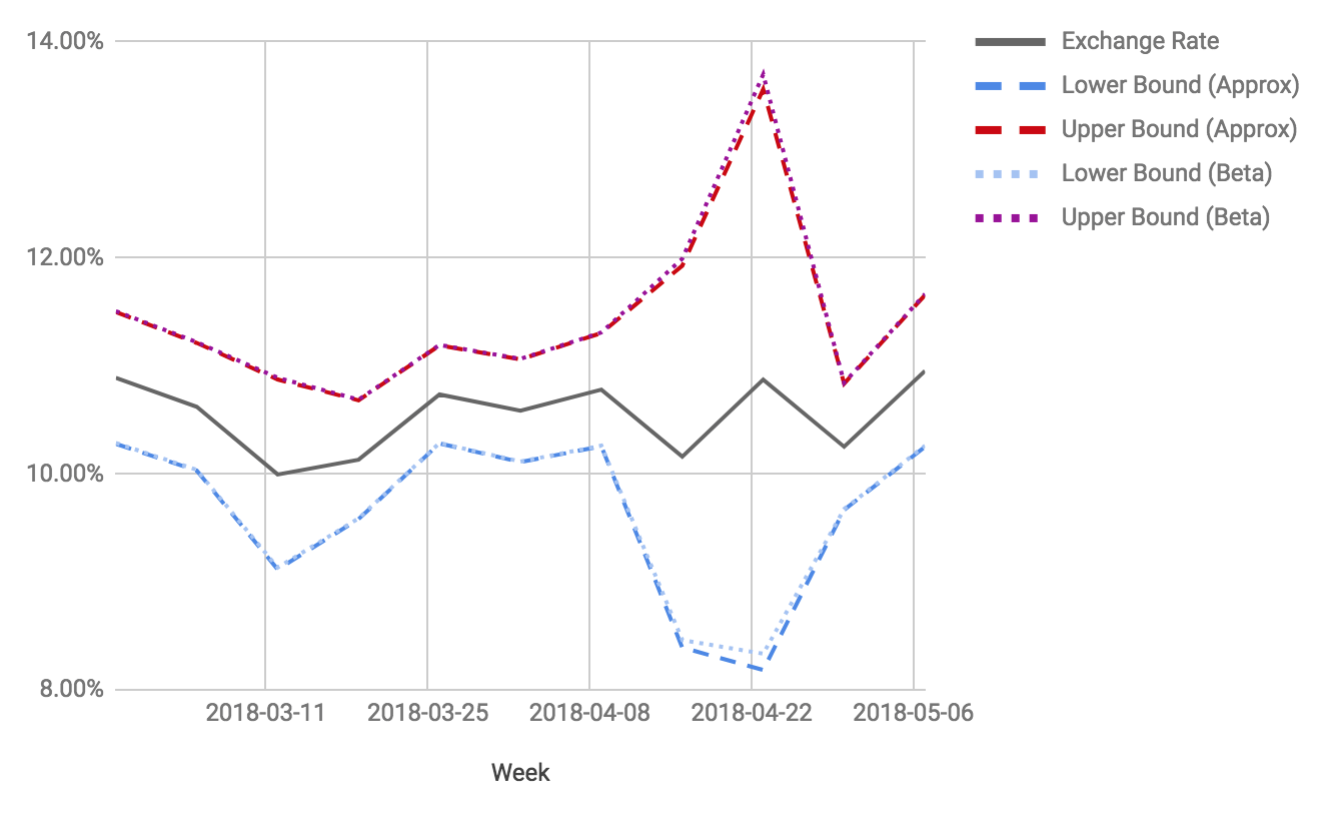